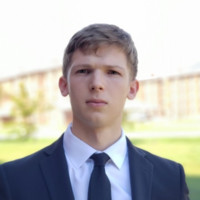 Take control of your money with Finn by Chase, a mobile banking platform aimed at being the best. Enjoy ZERO monthly service fees, access to over 29,000 free ATMs, and a whole lot more.

Finn by Chase: A History and Overview

How Can I Apply?

Finn by Chase: Pros and Cons

Finn by Chase: A History and Overview

Chase Bank trademarked ‘Finn by Chase’ in early 2017, sparking interest from industry reporters. Finn by Chase was introduced to the market in October of 2017, confirming rumors of a mobile-only bank offering. Because Finn by Chase operates within an app, it’s primarily targeted towards millennials and the smartphone savvy.

Finn by Chase offers a unique approach to mobile banking, allowing users to rate purchases and save automatically. Users can download the app from the iOS app store on a mobile device. Android users will soon have access to Finn by Chase, as development plans are currently in progress.

MORE: Check to see if your mobile device is eligible for Finn by Chase.

Chase Bank’s goal of launching Finn by Chase is to offer retail banking services to everyone across America. The bank operates physical locations in only a few states, which previously limited their reach to consumers. 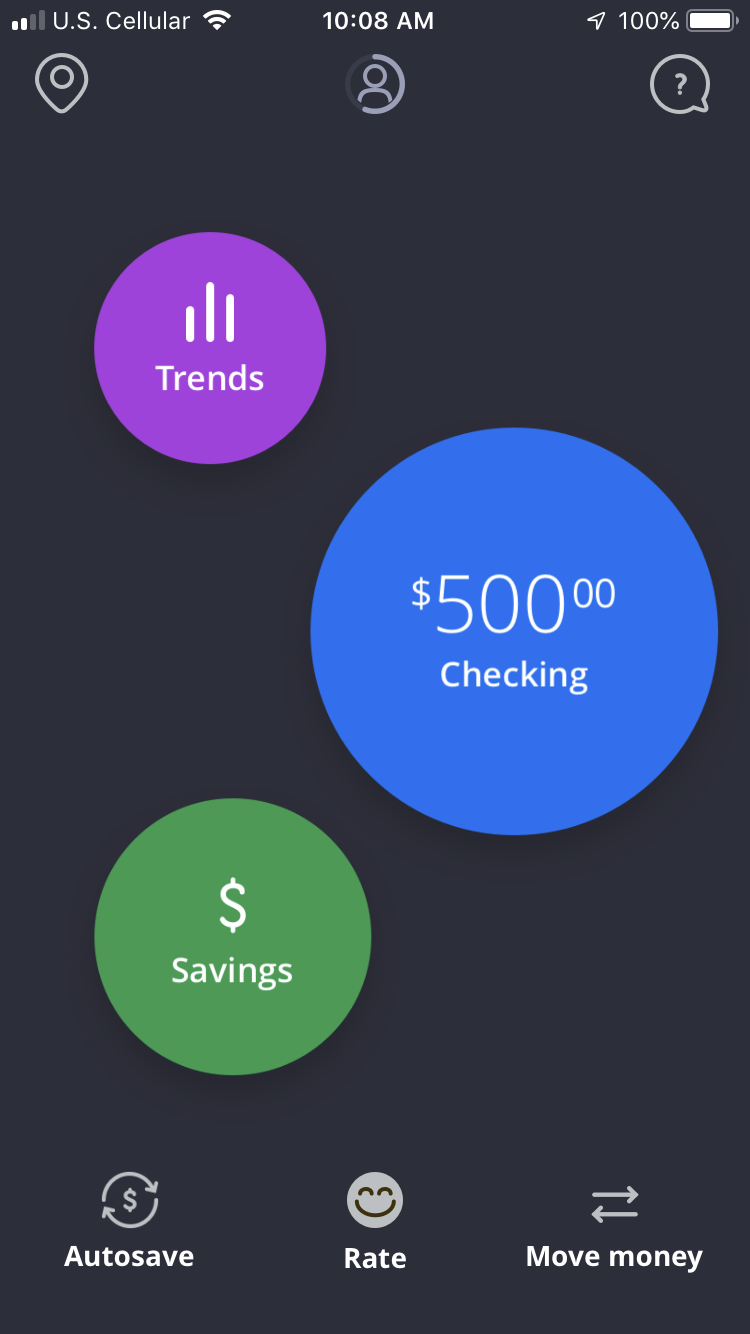 Some have criticized Chase for the app’s appearance and functionality, but those people probably never had an account. The dark grey background and colorful bubbles give off an appearance of sophistication and usability. Compared to other banking apps, the navigation and functionality is simple, but extremely powerful.

LEARN: How to Choose a Bank Account: 9 Must Know Tips.

Finn by Chase offers many new and never before seen budgeting tools aimed at saving money and tracking expenses. These useful app features should be used in combination with one another.

The realization of wants and needs is important with personal finance, and trying not to spend more than what’s made. Finn by Chase does a great job at helping consumers rate their purchases from Good to Bad, opening a new view on what money gets spent on.

Whenever you make a purchase, the app will allow you to give it a rating. 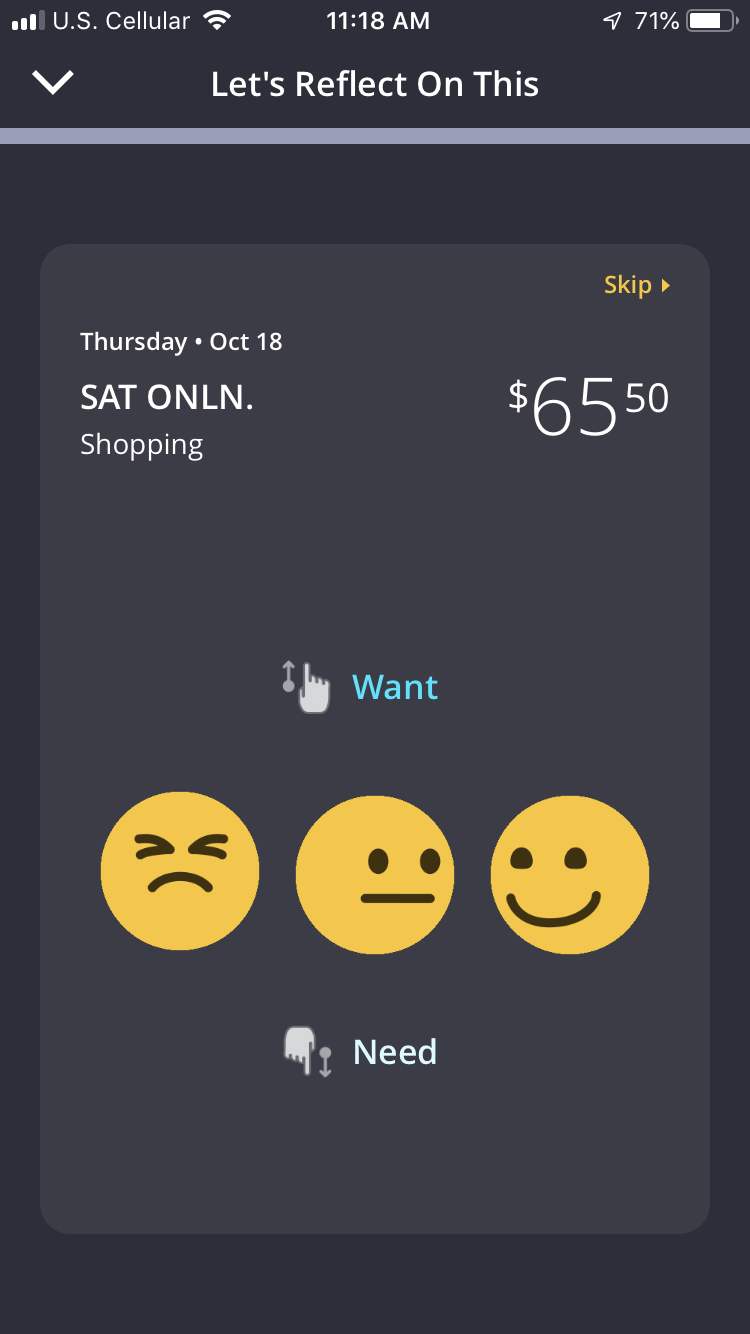 MORE: Easily fix your credit score with this BBB A+ rated company.

Say goodbye to manually transferring money from your checking to your savings.

Autosave rules allow you to save money automatically when different instances occur within your account.

Here are the different ways in which you can save your money automatically: 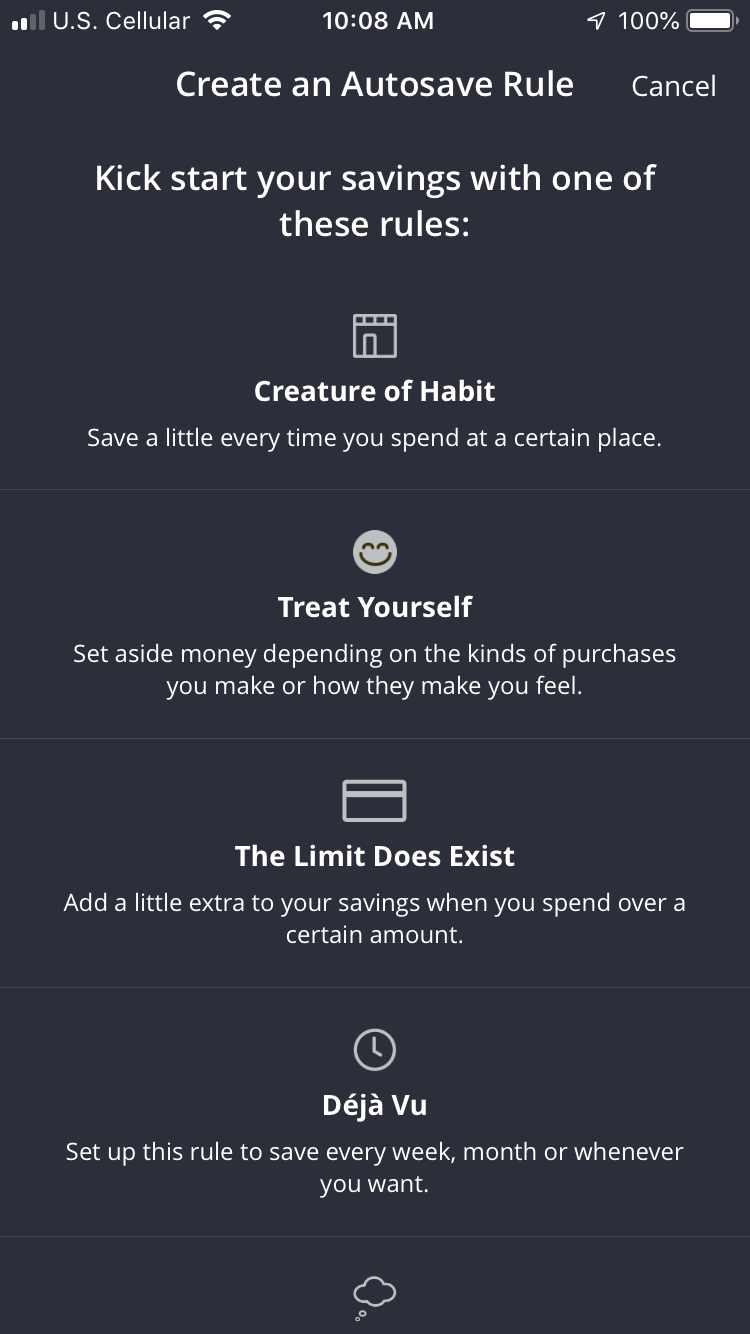 Once you’ve made a few purchases, the data is then compiled into simple charts. The simplicity of the charts can help you gain a detailed perspective on your spending habits and trends. You can see how much money you spent, and what it was spent on.

Food & Drink, Transportation, and Shopping are some of the different categories that purchases get grouped into, allowing for more transparency on where money is spent. 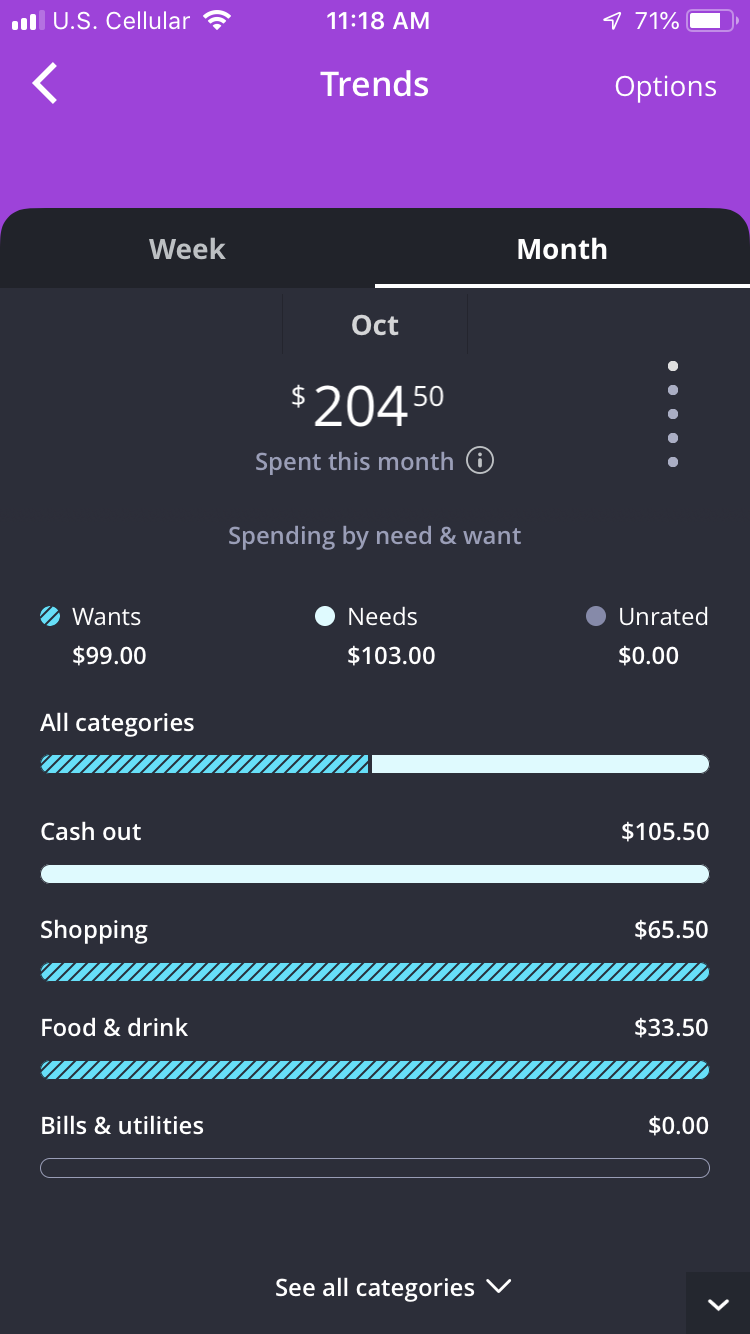 Simply meet these requirements within 90 days to earn a bonus: 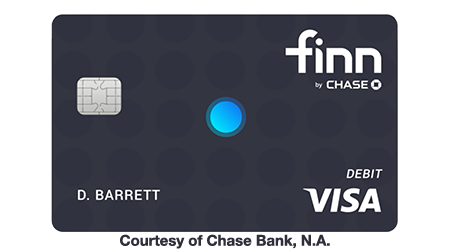 Easy enough, right? Check out other important details about the bonus offer.

If you need to pay someone who also has Finn by Chase, the money will be sent almost instantly. Likewise, Zelle is also integrated into the app, letting you send money to people without Finn by Chase. 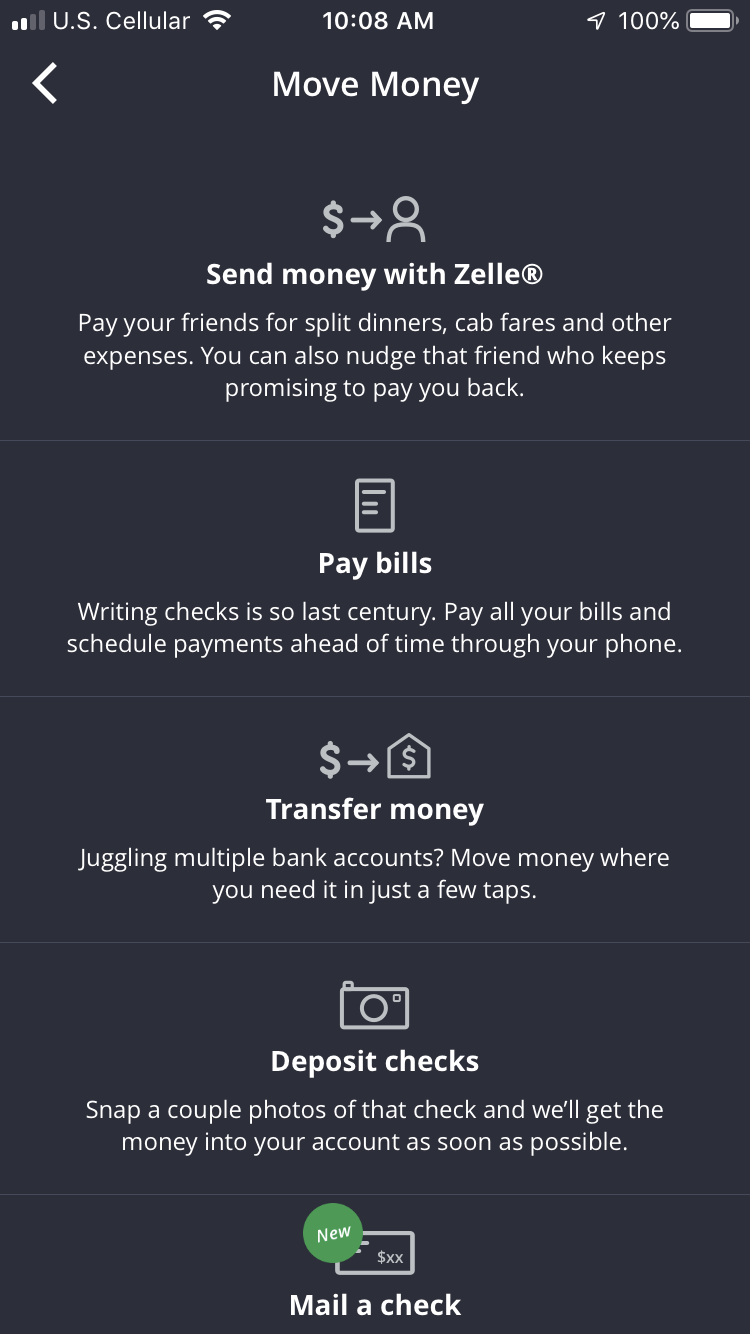 Something you wont find at every bank, 24/7 customer support via phone or messaging service. Finn by Chase is always ready to solve your issues, not just when it’s convenient for them.

Get Your Own Debit Card

Being able to spend money wherever and whenever you want is the key to a great bank. Finn by Chase has nailed down flexibility with their signature Finn card, which is black in color, and looks like something a billionaire would carry around. 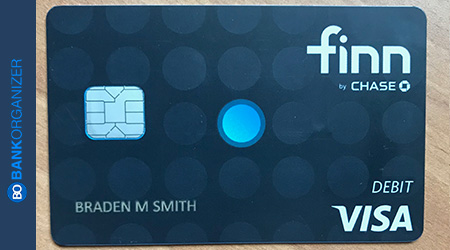 Pay zero monthly maintenance or minimum balance fees, ever. Finn by Chase operates online and has less of an overhead than its primary banking division of Chase Bank. Fees can thought of as a waste of money, especially when you’re not a millionaire.

Simply take a picture of your check and have it deposited in your account in no time. Not many banks offer this time saving feature.

The parent company of Chase Bank has deposits of over $1.3 Trillion. Millions of people trust Chase Bank for their daily banking needs.

Chase Bank is registered with the Federal Deposit Insurance Corporation (FDIC). This means that deposits are insured for up to $250,000 in the case of theft or the bank’s demise.

If you lose your phone, you can login to the Chase.com website with your Finn by Chase username and password. Here, you can manage your money until you find your old phone or buy a new one.

Finn by Chase offers 128-bit Secure Socket Layer (SSL) to maximize the encryption between you and the bank. It’s like an unbreakable force-field that no hacker can penetrate.

Is this your first online banking experience? Check out Online Banking 101 – A Simple Guide For Beginners.

How Can I Apply?

NOTE that Chase Bank uses ChexSystems to report and inquire about bad banking history. If you’re worried about being denied because of previous issues at other banks, don’t sweat it. Check out this compiled a list of 6 banks that don’t use ChexSystems.

Finn by Chase: Pros and Cons

Finn by Chase is a great online-only app to do banking with, but is it missing something important? That all depends on your expectations of an app created for saving money and convenience. Because there’s so many features, we’ve highlighted some of the most important advantages and little disadvantages of Finn by Chase.

Simply meet these requirements within 90 days to earn a bonus:

Easy enough, right? Check out other important details about the bonus offer.

Which Banks are Open on Sunday?

What is Velocity Banking?

Find my bank
Go to Top